Are Yemenis expecting a breakthrough in their conflict? Will there be an end to the war between Houthi rebels and their allies in former Yemeni president Ali Abdullah al-Saleh’s loyalist camp on one side and the internationally recognized government’s forces and their Gulf Cooperation Council (GCC) backers on the other? Steps towards the ascendancy of a new Yemeni leader and the withdrawal of Saudi-led coalition forces are in the works.

Currently, Yemenis express resentment towards Yemeni President Abd Rabbu Mansour Hadi and his government. Dismay is steadily increasing among the youth who have lived with civil war and chaotic unrest for years in a highly-divided country. Yemen’s resources and its economy are in shambles with a host of political actors from Sana‘a and Aden to the country’s interior dividing the impoverished country under their respective spheres of influence.

Hadi, who was forced to flee the country in March 2015 after the Houthis’ coup d’état in September 2014, appears to have numbered days left in Yemen’s political arena. He is not respected by any of the key players including Saudi Arabia, the UAE, and other Gulf Arabs in the Yemeni drama. Riyadh originally supported Hadi but disagreement on the Saudi-led Operation Decisive Storm and Operation Restore Hope, plus factionalism over control of ports and other geographically-significant locations,  is leading to Hadi’s fall.

Interestingly, GCC interlocutors say that Yemeni presidential elections are to be held this Fall, leading to Hadi and prime minister Ahmad Obaid bin Dagher’s resignations. The Saudis and the Emiratis are frustrated with Hadi who appears more interested in his self-preservation then the welfare of the country after receiving significant GCC backing. This time, the name of a future Yemeni president who will be accepted by all parties will be significant and Yemenis hope the presidential elections will result in a new beginning for their shattered country.

Mohammad Salem Basindawa appears to be a conciliatory player. Basindawa, the former Prime Minister in the Hadi government in Sana‘a from 2011-2014, is now being seen as a “unifier” of various Yemeni factions. If Basindawa, with Gulf backing, seeks the presidency, the Yemeni presidential elections may help to galvanize several parts of Yemeni society based not only on bloodlines but also a way forward without having the country permanently fracture. In theory, this year’s presidential election will help to mitigate and reverse the multifaceted local, regional, and international wars, which have led to the death of more than 15,000 people Yemenis, mostly children, and the displacement of more than four million people.

Basindawa is emerging as an acceptable future Yemeni presidential candidate by the Saudis and Emiratis as well as the Yemenis of all sects and political affiliations as well.. Although Basindawa is linked to Yemen’s al-Islah movement, GCC observers argue that the Houthis will agree with Basindawa as the next President because of the sources of income and other support from Arabian Peninsula states that Yemen desperately needs.

The Saudis, whose MB policy accepts an individual such as Basindawa for political office, runs counter to UAE’s MB policy as Abu Dhabi sees the group being a terrorist organization. But in the current environment, and specifically to Yemen, the UAE is supporting Basindawa despite his MB background simply out of the requirement to stabilize Yemen and withdrawal UAE support elements from the country to concentrate on port reconstruction and infrastructure development. These facts help to narrow the gap between the parties concerned.

Basindawa has repeatedly named the Houthis as “brother leaders” and GCC states feel that the former prime minister may be in a strong position to achieve a national accord once Hadi leaves the political scene. Under such a scenario, once Basindawa comes to power he’ll secure Yemen’s main strongholds under his control. Yemenis will be represented in the government, with the Houthis not easily relinquishing the areas they controlled without having their share in top political government positions which caused the Yemeni civil war and the capture of Sana‘a by Houthis in the first place. Basindawa will ask Yemenis to open a new page and to hand over government buildings, offices, military headquarters, and state television to build a new legitimacy.

Can Basindawa, with the support of the GCC, make calls for a new national unity government in Yemen that eventually bring Houthis, Saleh backers, and Southern Front fighters together under the Yemeni flag and begin fixing the war-torn country’s economy as quickly as possible? 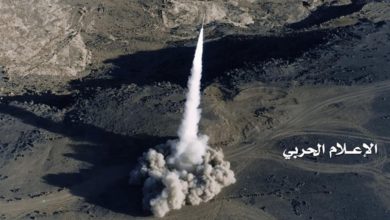 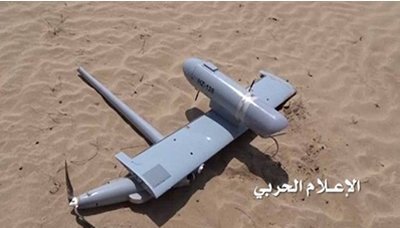 Army shoots down spy-drone in Najran